The Howard Florey oration will be delivered each year during the Society’s annual scientific meeting and will be presented by a Scientist who has made a significant contribution to a greater understanding of antimicrobials and their appropriate use.

The Australian Society for Antimicrobials would like to thank The Florey Institute of Neuroscience and Mental Health, University of Melbourne, for allowing the Society to use the Howard Florey name for what we believe will become one of the prestigious scientific presentations on the Australian scientific meeting calendar.

2019
Professor Monica Slavin
The University of Melbourne
Fungus Fights Back

2018
Professor John Turnidge
The University of Adelaide
In Vitro Veritas: Susceptibility Testing in the 21st Century

2016
Professor Gwendolyn Gilbert
Institute of Clinical Pathology and Medical Research
Reflections on 50 Years of Antimicrobial Resistance – Will Science and Technology or Social Science win the next 50 Years?

Howard Florey was an Australian pharmacologist and pathologist who shared the Nobel Prize in Physiology and Medicine in 1945 with Sir Ernst Boris Chain and Sir Alexander Fleming for his role in the making of penicillin. Florey is regarded by the Australian scientific and medical community as one of its greatest scientists. Sir Robert Menzies, Australia’s longest-serving Prime Minister, said that “in terms of world well-being, Florey was the most important man ever born in Australia”

Although Florey made advances in many fields of experimental pathology, by far his greatest contribution to science was the development of penicillin as a systemic antibacterial agent, thus inaugurating the antibiotic era. In 1938-39 Florey and Sir Ernst Chain jointly initiated a systematic investigation of the biological and biochemical properties of antibacterial substances produced by bacteria and fungi. They eventually selected penicillin, discovered by Fleming in 1928, for detailed examination. It proved so promising in experiments on mice infected with streptococci and staphylococci that all the resources of the laboratory were devoted to its production on a scale that would allow testing on humans.

Despite living in Britain since the age of 23, Florey remained Australian in accent and outlook. In 1944 he visited Australia to discuss the local production of penicillin and to report on the state of medical research in the country of his birth. He produced a paper that played a major role in establishing the Australian National University. From 1947 to 1957 he was closely connected with the development of the university, particularly of the John Curtin School of Medical Research. He opened the school’s permanent building in 1958 and became chancellor of the university in 1965.

Florey was elected a fellow of the Royal Society in 1941. He was knighted in 1944; awarded (with Chain and Fleming) the Nobel prize for physiology and medicine in 1945; appointed to the French Légion d’honneur in 1946; awarded the U.S.A.’s Medal of Merit in 1948; and received numerous medals and prizes from societies in England and abroad, as well as honorary degrees from many British, Australian and other universities. In 1965 he was created Baron Florey of Adelaide and Marston. That year he was appointed to the Order of Merit.

Author or co-author of some two hundred scientific papers, Florey edited Lectures on General Pathology (London, 1954), which went through four editions, and co-authored the massive two-volume treatise, Antibiotics: A Survey of Penicillin, Streptomycin, and Other Antimicrobial Substances from Fungi, Actinomycetes, Bacteria and Plants (Oxford, 1949).

On 21 February 1968 Florey died at his Queen’s College lodgings. He had made no fortune, for in the 1940s patenting of penicillin was against ethical medical principles. 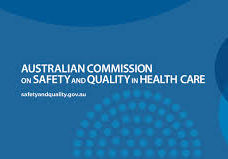 AURA 2019 - Third Australian report on antimicrobial use and resistance in human health.